Amitava Basak is a unit based in Phulia, famous for its weaving. Today, Phulia scarves and stoles by Amitava Basak have gained an almost iconic status, owing to their exquisite designs and excellent quality and are being featured in catalogues of renowned Fair Trade Marketers in Europe. Amitava and his father Rajen Basak in partnership with Sasha have brought this weavers group at Phulia into the international limelight, showcasing their immense talent and skill. They have become one of Sasha’s major producer groups. 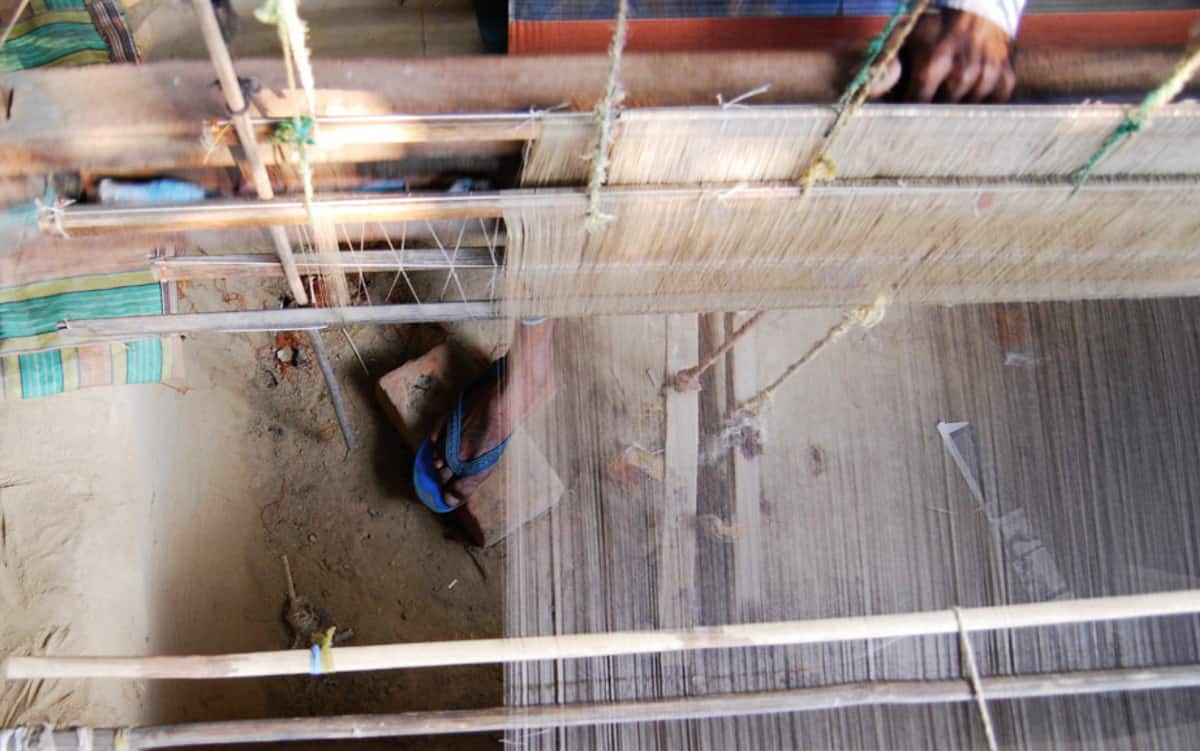 Amitava’s father, Rajen Basak, was involved in building up weaver’s cooperatives in Phulia in late 60’s and early 70’s. Rajen is a talented weaver with an entrepreneurial streak and a comparatively high risk-taking threshold. Under his guidance, the cooperative began working with furnishings and other fabric at a time when demand for the saree was falling and weavers were reluctant to diversify into other products. He eventually outgrew the cooperative, resigning in 1997 to set up his own unit.

As Amitava grew older, he joined his father’s business. Then, in the late 90’s when he started working on Sasha orders as a subsidiary to his father’s business, he decided to branch out on his own. Presently, Amitava Basak runs a separate unit that only executes fair trade orders for Sasha. 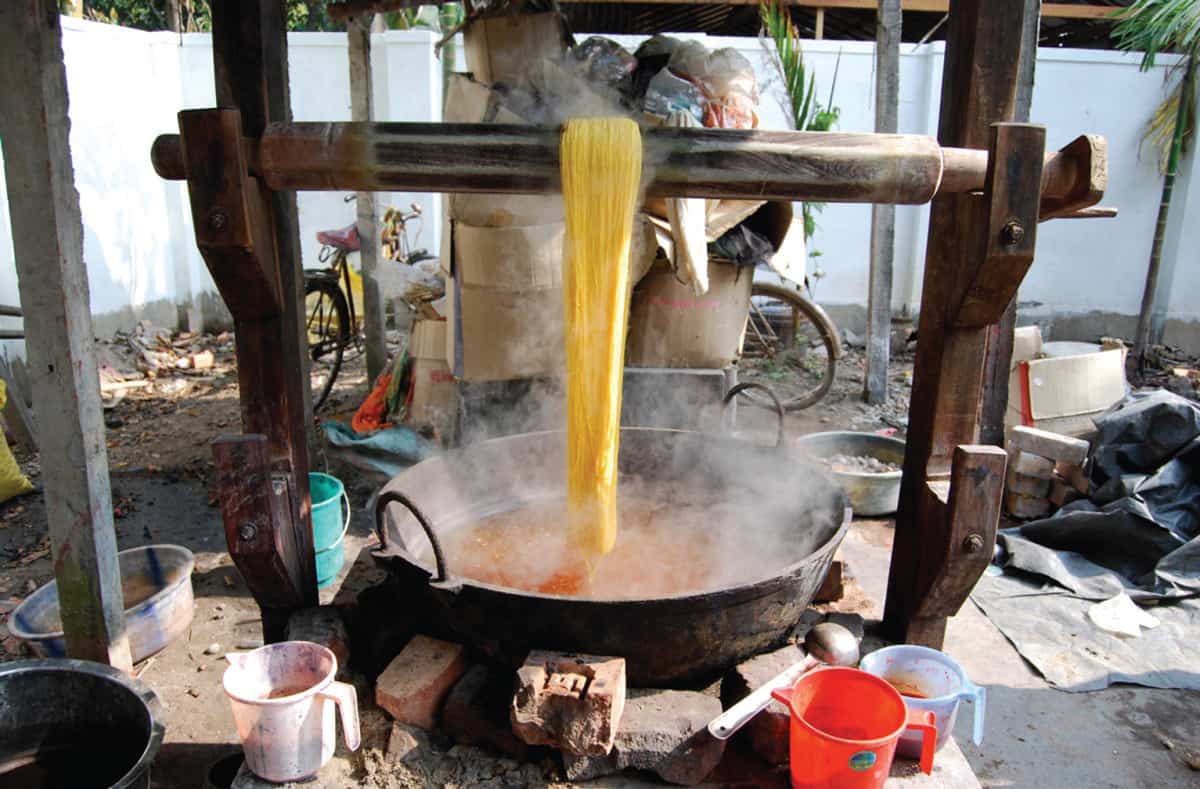 With Sasha’s intervention – namely export orders for scarves and stoles to fair trade buyers, things started looking up for some of the weavers. Sasha encouraged the use of AZO-free dyes & safe materials and facilitated improved processes to meet international standards and prevent environmental & health hazards. With export-led growth, the condition of both men and women living in the weaving community associated with the Basaks at Phulia has improved. It is a far cry from the early days when all the looms were on the verge of shutting down, due to a lack of demand in the domestic market.

The nature of the weaving community in the Phulia, means weaver loyalty is hard to find. In spite of this, Amitava and Rajen Basak have been able to garner the commitment of a handful of weavers who continue to work with them regularly. This means the benefits of fair trade can directly reach them. The Basak’s have been encouraged by Sasha to make arrangements for systematic effluent treatment and to provide extra social benefits to the committed weavers.